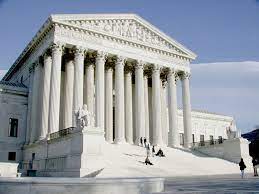 Last week, the Supreme Court of the United States heard argument in Badgerow v. Walters[1] as to an important jurisdictional question under the Federal Arbitration Act (“FAA”), 9 U.S.C. 1, et seq. Specifically, the question presented to SCOTUS was whether federal courts have subject-matter jurisdiction to confirm or vacate an arbitration award under the FAA (Sections 9 and 10) when the only basis for jurisdiction is that the underlying dispute involved a federal question.

Following her termination, Badgerow initiated an arbitration proceeding against the three principals before an arbitration panel of the Financial Industry Regulatory Authority (“FINRA”).  Badgerow sought damages for tortious interference of contract and for violation of Louisiana whistleblower law, but the panel dismissed all of her claims with prejudice.

Thereafter, Badgerow brought a new action in Louisiana state court, asking the court to vacate the dismissal, alleging that the whistleblower claim was obtained by fraud.  The principals removed the action to federal court.  Badgerow filed a motion to remand for lack of subject-matter jurisdiction.  The district court held that it possessed subject-matter jurisdiction over the petition to vacate and denied remand. On the merits, the court found that there was no fraud and denied vacatur of the FINRA arbitration panel’s dismissal.

The U.S. Court of Appeals for the Fifth Circuit affirmed the district court’s decision to deny remand, relying on the “look-through analysis” articulated in Vaden v. Discover Bank, 556 U.S. 49 (2009),[2] which dictates that federal courts determine their jurisdiction over motions to confirm or vacate arbitral awards by looking through an FAA petition to the parties’ underlying substantive controversy. Ultimately, the Fifth Circuit concluded that because there was federal jurisdiction over the removed petition to vacate, the district court’s denial of remand back to the Louisiana state court was proper.

SCOTUS granted certiorari on May 17, 2021,[3] and heard argument on November 2, 2021.  We await a decision and will update the Louisiana Law Blog when we hear from SCOTUS.

[2]           The United States Court of Appeals for the Fifth Circuit explained that, “[a] careful reading of Vaden demonstrates that the district court’s approach was correct. Vaden tells us that federal jurisdiction lies over an FAA petition ‘if, ‘save for’ the [arbitration] agreement, the entire, actual ‘controversy between the parties,’ as they have framed it, could be litigated in federal court.’” Badgerow v. Walters, 975 F.3d 469, 474 (5th Cir. 2020) (citing Vaden, 556 U.S. at 66).